In 2012, Ryan Adams played a solo performance at the Glasgow Royal Concert Hall to promote his new album Ashes and Fire. The primarily acoustic record showed maturity in the artist in what many felt was his inevitable direction. Recently he released the self-titled Ryan Adams, an atmospheric rock album that was more guitar-heavy than his previous output. This isn’t an album that he could pull off live by himself so it was refreshing to see Adams once again tour with a band, the Shining.

Any doubts on what Ryan would turn up tonight were instantly dispelled with opener ‘Gimme Something Good’. A bluesy riff flirting with sleaze fills the venue before the infectious chorus has everyone hooked. Up next another new song is delivered in album highlight ‘I just Might’ before we go back ten years with a crowd pleasing rendition of ‘Let it Ride’ from Cold Roses.

Despite the ban on flash photography, the crowd aren’t shy on taking photos but it’s a flashing strobe light that catches his attention, the culprit being a security guard who is targeting concert goers with their cameras out. Far from being a dick, Adams explains that the flashing lights make him dizzy and refers to the guard as Luke Skywalker. Later on in the set the singer feels guilty about giving the man a hard time and makes up a song for him, ‘Mr Stage Security Right’. Despite the song being minutes old, the catchy chorus prompts a sing along by the crowd.

Despite a massive vault of material, Adams is content with populating most of the set with new songs. The majority of his new album is played alongside unreleased track ‘The Door’ which illustrates Adams’ love for The Smiths. ‘Rats in the Wall’ from recent EP 1984 is a punk infused thrash assault that takes the crowd by surprise. This is something that isn’t lost on Adams as he jokes that the track is requested more than anything from Heartbreaker.

It’s not all about new songs though, as ‘New York, New York’ gets a stripped back revamp to receive a huge cheer. ‘Fix It’ from the much forgotten but underrated Cardinolgy pours with sentiment and reminds the audience of gentler times. A heart wrenching ‘La Siegna Just Smiled’ has everyone smiling before the band forgo the “go off stage, pretend we’re not coming back out, to come back out” theatrics, instead persuading the crowd to hum the same note in unison. It’s as silly as it sounds but highlights the fun that’s being had tonight. A note perfect ‘Magnolia Mountain’ gets unleashed before Adams gives the fans the choice of either hearing ‘Political Scientist’ or ‘Come Pick Me Up’. I knew my screams were in vain as the latter inevitably receives the majority vote. Either way, it’s a perfect way to end the night.

Despite the size of the concert hall, Adams and the Shining play their set with the same feel you’d expect if they had played a small club. There’s nothing elaborate or visually appealing except for 5 guys crammed together like they’re in a recording room. The moody brat persona of old has long been exorcised as Adams enjoys goofing around with the band after the set and telling Star Wars jokes to the crowd that follow with tumbleweed. “Have only 6 of you seen Star Wars?” he asks while berating George Lucas. Anyone expecting a greatest hits set tonight shouldn’t have left disappointed as his new material sits comfortably in that camp. Whether you label Adams country, punk or blues, he is best defined by the genre that he pledges at the start of the show. “Let’s play some Rock and Roll.” 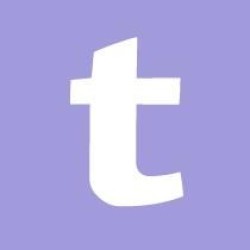