In these times of recycling , the cover version is much maligned beast. Whether it is the misguided love for a song (I’m looking at you Guns and Roses … ‘Sympathy for the Devil’, really?) or in the hands of a hack out to make a name or just make some cash, covering an established, well-loved song is an easy route. No inspiration required. On the other hand, when an artist takes a song and takes the essence while adding something new to it can be a real treat.

There are two songs that in my opinion stand out a great cover versions. These are my own views and do not necessarily represent the views of any other contributor to the site – but I am right.

First up is the Glen Campbell version of the Foo Fighters song ‘Times Like These’. Released in 2008 as the second single from the Meet Glen Campbell album. The album was a collection of cover versions from a wide variety of sources including Travis, Tom Petty and Lou Reed. The stand out track is the aforementioned Foos song.

He takes to original and gives it a full makeover. The pace and anger are removed from the song to be replaced with a more mellow vibe. Bringing in a slide guitar, a country-style string section and restrained backing vocals changes the song completely. Glen Campbell has a very distinctive voice that is ideally suited for the material. He sings the song with such conviction and style that it feels like a classic Campbell song from the sixties.

The second track is the The Lambchop version of The Sisters of Mercy classic ‘This Corrosion’. The original, released in 1998 was a song of epic proportions. With The Sisters trademark drum machine (called Doktor Avalanche drum machine name fans), Andrew Eldritch’s menacing vocals, 40 strong choir and soaring synths and bass it had everything it needed to become an instant Goth anthem. Then they got producer Jim Steinman in to take it to a level beyond that.

Lambchop totally deconstructed the original. It becomes a piano / slide guitar led song with the laid back almost comatose vocal delivery from Lambchops main man Kurt Wagner. The intensity is still there but delivered in a much simpler way. A unique and sublime version that totally reinvents the song in a style that most people would not expect. 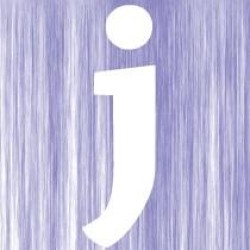 John McArthur
Editor-in-Chief at Moviescramble. A Fan of all things cinematic with a love of Film Noir, Sci-Fi and Julia Roberts in Notting Hill. He hopes to grow up some day.

2 thoughts on “Best Cover Versions Ever!”